2019
The year in which KP can celebrate its 50th anniversary, which is held with an official mark of the anniversary in June.

There is still very good progress and factory extensions in both Sweden and Denmark of a total of 4,000 m2 are being completed.

Large investments are planned again, thus budgeting with an investment in three new CNC machines in the US and three in Denmark.

Also, investments in a new washing installation in the US are made; delivery time early / mid 2019.

What else the year will bring time will tell.

Four new CNC machines are purchased for two new robot cells, which are producing new products.  Similarly, the latest FMS line in Denmark is being expanded.

In August, a Family Day / Open House arrangement is held, where everyone interested and in relation to KP employees could come by, see the company and get a refreshment.

Four new CNC machines are purchased for the US; for a new robot cell, extension of an existing robot cell and FMS line.

Due to the extra new production cells in the United States, a part of the inventory is relocated to an external facility nearby.

In Denmark, three new saws are purchased, for cutting rod materials and KP invests also in a lapping machine.

Due to increasing demands from KP's customers on increased purity of the components, investments are being made and an advanced purity- laboratory is set up, where KP can analyze the components and thereafter improve internal washing processes.

2017
In connection with the acquisition of TPM in Sweden, KP gets a major new customer in the portfolio, who also won several new projects to be produced in Denmark.

In this context, investments in four new CNC machines for two robot cells are made, producing products for this new customer.

Also, the capacity for high-volume production, which already was established in the US in 2016, is expanded with an extra robot cell.

In Sweden, a capacity expansion is initiated with one new CNC machine.

There is also invested in extra hone capacity, so that KP can meet the customers' increasing demand for assembly-ready components.

2016
At the beginning of the year, a new twin-robot-cell with four machines (purchased in 2015) is being completed for high volume production for a new customer in the US.

Also, an existing FMS line in the US is supplemented with another new CNC machine.

KP hires a sales manager in the US, with responsibility for sales to KP's American customers.

On June 30, KP takes over Swedish Trestads Præcisionsmekanik AB (TPM), which at that time has approx. 25 employees.

TPM is included after the acquisition of KP Group as a production company on a par with its US plant.

2015
KP initiates and completes an expansion of the office facilities by establishing an additional 700 m2 of office and canteen facilities.

12 new CNC machines are purchased, of which eight are set up and run into three new robot cells in Denmark and a new FMS line also in Denmark.

Towards the end of the year, KP takes over a small subcontractor specialized in grinding. Four grinding machines are taken over, which are transferred to KP and the production insources for KP.

2014
Private Equity Fund Segulah acquires KP Group and continues as majority shareholder with 80% of the shares. The rest of the company is owned by the Krogh Pedersen family and the management.

In connection with outsourcing of products from a large customer, four 5-axis CNC machines are taken over, one high pressure washer/burrs and a hone machine.

At the same time, investments are made in an additional six CNC machines, which are set up in two new robot cells and a lathe with robot in an advanced robot cell with a total of eight different operations including final packing of components.

In connection with the inauguration of the new warehouse and production hall in March, an inhouse exhibition for customers and potential customers is held in cooperation with strategically important subcontractors (Mazak, Sandvik, Kuka and Kyocera).

The day after, an Open House event is held, as well as a party for employees and their families.

2013
Even though the general market experienced a steep drop in second half of 2012, KP keep investing in the future.

During 2013, the company win some important new projects and plans to invest DKK 25-30 million in additional machinery, more robots, new technologies and extra floor space by the end of the year.

In February a new SUNNEN honing machine is installed. In May KP breaks ground on a new 2.200 m2 (23.680 sq. ft.) combined production and warehouse building. During the fall the “value-added” facility will undergo a complete renovation to allow for robot automation, installation of an automatic paternoster warehouse system and new processes such as high-pressure cleaning and grinding.

2012
The high activity level of the previous year continues with a busy first half of 2012. On the other hand KP experiences a sharp slowdown of many customers in the second half of the year. However, despite the decline in activity, 2012 ends with a general growth compared to 2011.

KP is set and receives a Local Business Award in recognition of its ability, through automation and skill development, to create continuous development and thereby retain and continue to develop new local jobs.

2011
The growth continues and further investment in new machine production capacity is made. In the first half of the year a total of 15 new CNC machines are purchased and installed. The workforce exceeds 205 employees.
After the summer vacation a long awaited decision on expansion into USA is finally taken. KP Komponenter starts up production in a 3.500 m2  (37.674 sq.ft.) facility with 15 CNC machines and 20 employees.
The US and Danish companies are joined under the umbrella of KP Holding, which has 100% ownership of both. The company in Denmark will keep its original name KP Komponenter, while the USA-based company will be named KP Components.

2010
Things start to lighten up again. After the summer vacation the first new CNC machines in two years are installed.
KP Komponenter initiates a series of new actions, designed to strengthen the organization and its basic processes and prepare the company for future growth.
In November, the management team is extended and two new directors are appointed. They will together with the CEO Martin Krogh Pedersen lead KP Komponenter´ s future business. Kim Brødbæk is appointed as Technical Director and is responsible for production and all related internal processes. As newly appointed Commercial Director, Carsten Stubkjær Mumm handles sales, procurement and all related external processes.
At the end of the year, KP Komponenter is back on track and our head count is now around 195 people – the same number of employees the company had before the global financial crisis started.

2009
In February KP Komponenter started refurbishing an older building that is approximately. 1.000 m2, (10.764 sq.ft.). It will house the three new technologies  KP Komponenter has decided to invest in – thermal deburring, ultrasonic cleaning and honing – and which will become of Value Added Processes. 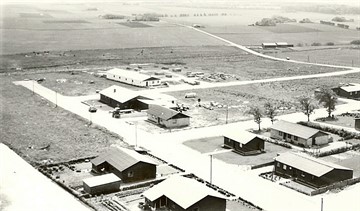 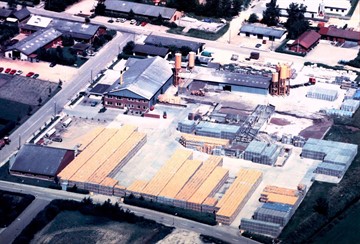 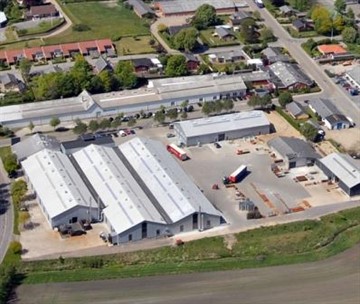 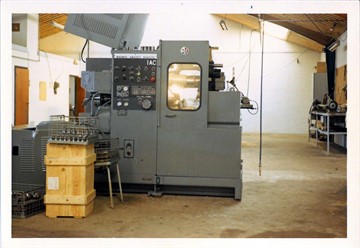 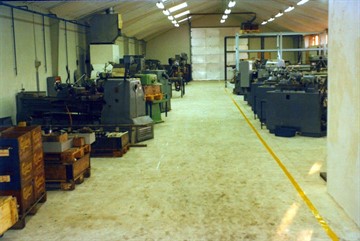 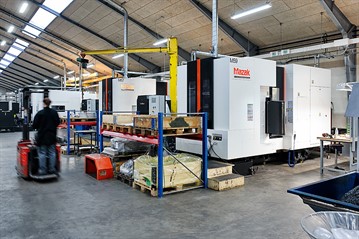